Tablets or capsules taken orally remain one of the most effective means of treatment available. The effectiveness of such dosage forms relies on the drug dissolving in the fluids of the gastrointestinal tract prior to absorption into the systemic circulation.

Tablets or capsules taken orally remain one of the most effective means of treatment available. The effectiveness of such dosage forms relies on the drug dissolving in the fluids of the gastrointestinal tract prior to absorption into the systemic circulation. The rate of dissolution of the tablet or capsule is therefore crucial.

One of the problems facing the pharmaceutical industry is to optimise the amount of drug available to the body i.e., its ‘bioavailability’. Inadequacies in bioavailability can mean at best that the treatment is ineffective and at worst potentially dangerous (toxic overdose).

Drug release in the human body can be measured ‘in-vivo’ by measuring the plasma or urine concentrations in the subject concerned. However, there are certain obvious impracticalities involved in employing such techniques on a routine basis. These difficulties have led to the introduction of official ‘in-vitro’ tests which are now rigorous and comprehensively defined in the respective Pharmacopoeia.

The principal function of the dissolution test may be summarised as follows:

Although initially developed for oral dosage forms, the role of the dissolution test has now been extended to ‘drug release’ studies on various other forms such as topical and transdermal systems and suppositories.

We offer all your dissolution accessories including:

For these reasons, automated tablet dissolution systems are becoming of increasing importance to improve efficiency and reproducibility. 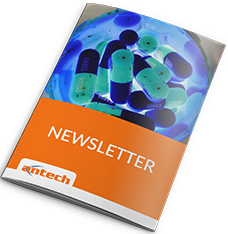 Sign up to our newsletter for the most up-to-date development of products, industry news, special offers and much more!

Any cookies that may not be particularly necessary for the website to function and is used specifically to collect user personal data via analytics, ads, other embedded contents are termed as non-necessary cookies. It is mandatory to procure user consent prior to running these cookies on your website.